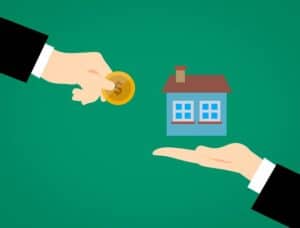 Las Vegas tax liens can be detrimental to homeowners

A sad report recently issued by the National Consumer Law Center offered some startling news that could affect Las Vegas homeowners. Tax debts of as little as $400 could cause elderly citizens and other homeowners to lose their homes. The report states that outdated laws in a number of states allow the purchase of those homes for sometimes meager sums of money. Banks and other investors buying tax liens can later resell them, likely at a huge profit, if the tax debt remains unpaid.

The author of the report says that misinformation and outdated laws can force people to lose their homes for very small amounts of money. He asserts that states need to update their laws so real estate investors are not able to profit from those who may have trouble managing their personal finances, or from homeowners who may be misinformed.

A breakdown of the tax lien process may help consumers better understand what they are up against. Initially, the government files a tax lien against the home, stating the property could be seized if overdue taxes are not paid. The government can later auction the lien to investors. The homeowner may be able to satisfy the tax lien by paying investors the amount paid for the lien and any interest, fees or other costs. If the homeowner doesn’t pay, investors are then able to seize the home and potentially sell it a large profit.

The report stated that governments should loosen the rules for homeowners seeking to get their homes back after their tax lien has been sold. Interest and penalty amounts charged by investors should be minimized and court supervision of the process should be increased. It also suggested that homeowners in Las Vegas and elsewhere should be allowed to pay their owed taxes on an installment basis. For homeowners who may not understand tax liens and how they work, the right advice may help avoid a potential financial disaster.