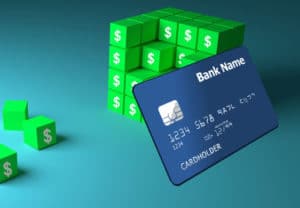 How do tax liens affect on credit scores? Credit bureaus announce a change

You’ve probably heard that failing to pay taxes or set up a payment plan for doing goes on your credit report and hurts your score.

This is one reason why it makes sense to consider all of your options when facing tax debt. As we noted in an earlier post, those options include filing bankruptcy.

In this post, we will update you on another aspect of this: a change announced by the three major national credit bureaus on how they intend to gather and use information about tax liens.

The three major credit bureaus are Experian, Transunion and Equifax. This month, they announced a change – effective in July – regarding how they will collect and report data on tax liens on credit reports.

The major credit bureaus said they will no longer collect information on tax liens and civil judgments that are a matter of public record. The policy change by the bureaus also applies to civil judgments.

A tax lien is the government’s assertion of a claim on your property when you have delinquent taxes.

Lenders are generally considered about the policy change on the availability of tax lien and judgment information from credit bureaus. The lenders’ concern is that without this information, lenders won’t have the same capacity to evaluate the risk that someone who gets a loan won’t repay it.

The change appears to be a response to legal action brought by attorneys general in 31 states concerning allegation of widespread inaccuracies in credit reports. Details about the change are still somewhat sketchy, however.

This has left the mortgage lending industry, in particular, apprehensive of the changes.

We will update you on this story further the July 1 implementation date draws nearer.