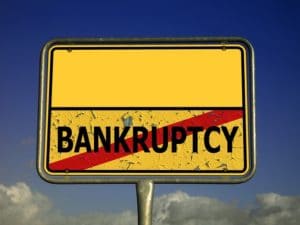 How Will Bankruptcy Impact Your Credit Score?

Bankruptcy can significantly impact a consumer’s credit score for up to ten years after filing. Although bankruptcy has an immediate negative impact on credit ratings, the severity of the damage varies between consumers depending on the total debt held and the amount discharged. Rebuilding credit after bankruptcy is possible with the right planning.

Bankruptcy Stays on a Credit Report for Seven to Ten Years

The public record created for a Chapter 7 bankruptcy remains on a credit report for ten years. All other bankruptcy information, including references to the bankruptcy, accounts discharged through bankruptcy, and Chapter 13 public record items, remain on a credit report for seven years. While filing for bankruptcy can cause a credit score to plummet by about 200 points, scores can improve right after bankruptcy hits the report because the debts are discharged. Also, the consumer’s credit utilization rate, which is the ratio created by dividing the amount of revolving credit someone is using by the total available credit, increases.

Bankruptcy Does not Wipe Debts From Credit Reports

Filing bankruptcy does not wipe debts off the credit report. The accounts that were discharged or paid will remain on the report for the seven to ten years that the bankruptcy remains, but their impact on the credit score will lessen over time. Also, because these debts do remain, the impact of bankruptcy is not the same for every consumer. The overall amount of debt and the amount of that debt which was discharged will vary from one consumer to the next, and so the impact of the bankruptcy will vary.

Rebuilding Credit After Bankruptcy Is Possible

While filing for bankruptcy will impact a person’s credit rating, it does not mean that credit is ruined for an extended period of time. Consumers can begin rebuilding their credit immediately after filing. Getting a secured credit card or similar line of credit, and using it well, will help individuals start creating a positive post-bankruptcy credit profile. Most people are able to restore their credit rating within five years of filing bankruptcy if they start implementing better use of their credit.

Filing bankruptcy simply eases the financial burden to allow borrowers to make better decisions. Many Nevadans file Chapter 7 or Chapter 13 with the help of bankruptcy lawyers in Las Vegas to get relief from overwhelming debt.