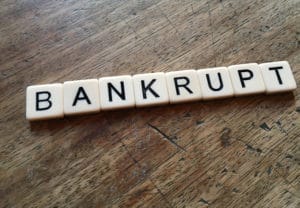 Bankruptcy and discharge of tax debt: a brief look at some basics, P.1

In recent posts, we’ve looked at a couple options taxpayers have for resolving unpaid tax debt when they are unable to pay off the debt immediately. While installment plans and Offer in Compromise arrangements can be a good way for taxpayers to resolve tax debt, this debt rarely stands alone.

Very often, those with serious tax debt are also carrying other significant debts as well. When this is the case, it may be worth considering the possibility of filing for bankruptcy protection. Individual debtors most often pursue either Chapter 7 or Chapter 13 bankruptcy, the difference being that the latter puts the debtor on a manageable repayment plan while the former involves liquidation of nonexempt assets in order to pay off creditors.

In both forms of personal bankruptcy, successful completion of the process ordinarily results in discharge of debts. This can include tax debts, though not necessarily. In bankruptcy cases where the court denies discharge for one reason or another—usually because of some sort of wrongdoing on the debtor’s part—tax debt may not be discharged.

When the debtor has done everything correctly and is eligible for general discharge of debts, there are still specific rules governing the type of tax debts may be discharged and the conditions for discharge. Tax debt that may not be discharged in bankruptcy includes:

In upcoming posts, we’ll continue looking at this issue, as well as the discharge of debts associated with late filed tax returns and the important role an experienced attorney can play in handling tax debt relief.