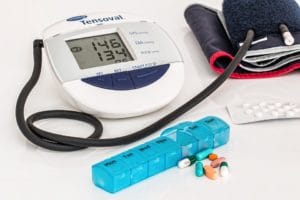 Whether you reside in Nevada or another state, it’s advisable to not opt out of the Affordable Care Act without first investigating the financial impact of such a decision. Harsh penalties may apply in some instances. At the highest tax bracket, the penalty could be as high as $12,240 for 2014 and progressively higher in later years. When you file a return with the IRS in April of 2015, you will be required to report your status pursuant to the Individual Shared Responsibility Provision.

This is the first year in which health coverage is mandatory under the massive changes contained in the Affordable Care Act. But don’t panic: most people will obtain qualified coverage through their employer or an exchange that has become available under the Act. It is expected that the group without coverage may include largely wealthier persons who have a preference for self-insurance or a nonconforming policy.

The other large category of those who may remain uncovered are the young adults in their 20s and early 30s, whose premiums may be higher than the norm. These working adults may get little or no tax credit for reduced premiums and may feel that they can go without insurance. The penalty, however is either a flat amount or 1 percent of household income, whichever is greater. For 2014, the penalty has a cap of $285 per family.

However, penalties go up rather precipitously in future years, both nationally and in Nevada,  and should be researched by those who may face an issue. The rules don’t apply to people covered under Medicare. Furthermore, there are other categories that are exempted such as American Indians and certain religious groups.  It’s reported that the IRS may have difficulty identifying those who owe penalties for 2014, but that the process will become easier for the tax year 2015 and thereafter, due to reporting requirements imposed on insurers and employers.

Source: The Wall Street Journal, “Penalty for Not Having Health Coverage Can Be Thousands of Dollars“, Laura Saunders, Sept. 26, 2014