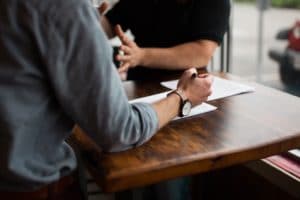 The whistleblower program administered by the IRS is only good if the agency follows up on the information provided. Apparently, its staffing and morale are so low that at times it receives valid whistleblower information that it never acts on. As of Sept. 30, the IRS had paid whistleblowers $53.1 million, which was down from $125.4 million in 2012. Nevada is a place where whistleblowers could keep busy, and the IRS could thrive, but first the agency will have to find a way to get its act together.

The whistleblower program intends to encourage people to reveal information that they know about people or companies that are cheating on their taxes. The individual gets to keep a certain percentage of the funds collected by the IRS. Critics believe that the slow pace of the program scares off citizen informants.

Furthermore, it appears that there may be delays in making the payouts to whistleblowers. This is seen as another threat that might cause the tips to dry up. Last year the gross amount of funds collected as a result of this program was $367 million, which sounds good until it’s compared with the $592.5 million for the previous year.

In 2012, one whistleblower hit the jackpot — a former bank employee got $104 million for identifying Americans who were hiding their funds in Swiss bank accounts. The IRS dampened expectations and enthusiasm of whistleblowers for the future by accentuating that there will not be a sudden surge in awards. For one thing, the IRS explained that it takes five to seven years to collect on newly assessed tax revenues.

For someone who has vital information about a minefield of revenues not being reported, this might be an ideal opportunity. One can cash in, retire comfortably, and help the country at the same time. People in Nevada and every other state and territory can participate in this program with a wisely focused eye to enhance the future for themselves and their families.