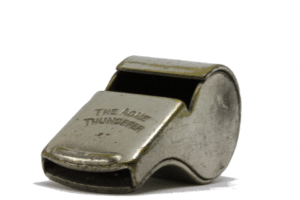 The latest major scandal facing the IRS is an accusation that may rankle the average taxpaying citizens in Nevada and nationwide. A whistleblower accuses the IRS of intentionally maneuvering its enforcement strategies to let big corporations off the hook to the tune of billions of dollars in taxes owed, while simultaneously enforcing the same laws against individuals, the self-employed and small businesses. The complaining individual is an attorney employed by the agency for the past 10 years.

The whistleblower sent a letter to the U.S. Treasury Secretary, the IRS Commissioner and the IRS Chief Counsel. This is a charge that is in  addition to existing claims that the agency targeted certain conservative groups for harsh treatment. The current charge says that the agency refuses to enforce laws against big corporations owing billions of dollars in taxes.

Additionally, the whistleblower complains that the agency has undermined the authority of the IRS Whistleblower Office to function effectively. The office was statutorily created in 2006 to encourage and facilitate whistleblowers to come forward and reveal acts of tax fraud. The whistleblower then shares in a percentage of any taxes collected on the account.

One way in which the IRS is undermining the functioning of the Whistleblower Office is by ordering agents not to conduct investigations on most of the complaints filed, according to the whistleblower’s letter. The veteran IRS attorney identified in her letter three instances of the IRS refusing to collect billions of dollars from three corporations. The companies had allegedly been caught committing tax frauds but nothing was done about it.

A long-time attorney in the IRS Office of Chief Counsel agreed with the letter, and claimed that senior IRS executives “pal around” with corporate lobbyists. The inference made by these IRS insiders is one of collusion between high-level agency employees and the big corporations who are receiving billions in tax benefits. The charges may be shocking to the average taxpayer in Nevada and elsewhere. In fact, the allegations are so astonishing that a probe by the U.S. Congress may be one likely result.