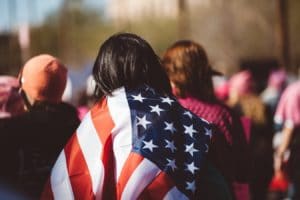 Technically, tax season has come and gone, and for most Americans, tax filings won’t be a significant concern until next year. Unfortunately, there are numerous individuals across the country, including some in Nevada, who may still face a tax audit this year. While an audit is something just about everyone dreads, it doesn’t have to be such an overwhelming experience if people understand their rights beforehand.

The concept behind the Taxpayer Bill of Rights has been around for quite some time, though it has been updated over the years. Generally speaking, the bill spells out certain guarantees available to federal taxpayers, including the rights to challenge and appeal an IRS decision. Thanks to the work of a national taxpayer advocate, the IRS recently adopted a new version of the Taxpayer Bill of Rights that may prove beneficial to a greater portion of the population.

Many Americans don’t seem to know they do have rights when it comes to dealing with the IRS. Under the newer version of the Taxpayer Bill of Rights, a list of those rights is to now be included in correspondence between the IRS and taxpayers. It is to be made clear that those facing an audit do have the right to seek representation to assist in the audit. The right to finality has also been added, simply meaning that a timeline for an audit or appeal will be set so the process doesn’t become and indefinite issue.

While the idea of going through a tax audit may seem distressing, these IRS changes may provide a little reassurance under the circumstances. Knowledge of these rights can certainly help Nevada residents who have received a notice of an impending audit. Though the situation may seem slightly daunting, the rights provided in the Taxpayer Bill of Rights can allow these individuals to know they should to be treated fairly, be given proper information regarding their situation and have the ability to access assistance to help them work through their audit case so they don’t have to fight it alone.

Source: fool.com, “Worried About a Tax Audit? Learn These 5 Things About the New Taxpayer Bill of Rights“, Selena Maranjian, June 14, 2014