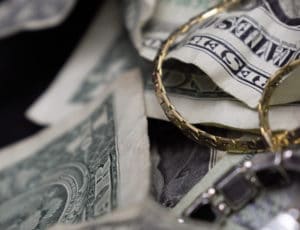 One thing that can put an empty feeling in the pit of one’s stomach is the knowledge that the IRS has entered a tax lien for back taxes left unpaid. IRS tax liens are not to be taken lightly, and it is in the individual’s best interest to put the time, effort and money into clearing up that kind of a blemish. Whether in Nevada or another state, tax liens can ruin one’s credit, stop a real estate sale or a mortgage approval, and eventually could be the basis for a tax levy that leads to the freezing and seizing of one’s accounts.

People must have notice that a tax lien has been filed, and despite the fact that the IRS usually follows the proper procedure, it does not always do so. To enter a tax lien, the IRS must first assess the back tax, and then it must sent a notice and demand for payment. The lien will then be filed if no response is received.

Unfortunately, glitches occur, such as when the address of a taxpayer is not clearly updated. This happened to Robert DeNiro when he was sent a notice of back taxes to the wrong address. He never knew that a tax lien was entered and interest had been accruing. He found out only through a publication that reported the outstanding bill.

The best thing to do is head off a tax lien by contacting the IRS and trying to work it out as quickly as possible. The long run damage that tax liens can create are not worth trying to wait it out. That just isn’t a viable or effective way of handling tax issues here in Nevada or anywhere else. The IRS has the resources and tools to keep the pressure on until a targeted bill is addressed and settled.