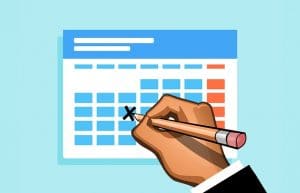 A tax attorney can help taxpayers who cannot pay their taxes to explore their options of paying, reducing, or eliminating tax debt. While the IRS automatically extended the federal income tax deadline to July 15, 2020, it is a good idea for taxpayers who can file now to do so. It is tempting to put off filing for a few months for those who owe money. They will still need to pay up on or file for an extension by that date. However, taxes not paid by July 15 will again begin accruing interest and penalties.

Why Has the Federal Deadline Been Extended?

On March 21, the IRS announced they were extending the federal income tax filing date. They also announced that any tax payments that were due on April 15, 2020 can also be deferred until July 15, 2020 without accruing penalties and interest. These extensions are available to all taxpayers, including individuals, businesses, and those who pay self-employment tax.

The IRS’s actions came a week after President Donald J. Trump made an emergency declaration pursuant to the Stafford Act because of the COVID-19 crisis. Enacted in 1988, the Act is a federal law that is intended “to bring an orderly and systematic means of federal natural disaster and emergency assistance for state and local governments in carrying out their responsibilities to aid citizens.”

What Nevada Taxpayers Need to Know

The IRS is still open for business. Taxpayers who are owed refunds are encouraged to file as soon as possible instead of waiting until July 15. Many tax refunds are being processed within 21 days with e-filing and direct deposit. Filing now will help filers avoid the anticipated rush as the date for the new filing date approaches.

Taxpayers that know they will owe federal taxes may want to consider paying these taxes now if they are able to do so. Those who may find it difficult to pay what they owe the IRS now have until July 15. However, for taxpayers who anticipate that they will be unable to fulfill their tax obligation, it is a good time to address their situations.

Penalties for filing late, late payments, and interest accrue very quickly. Taxpayers do have a few options that could help them minimize the effects of not being able to pay their taxes in full. It is possible to set up a payment plan with the IRS for those who cannot pay the full amount at once. This could be ideal for taxpayers that are willing to file sooner than later because there are no interest or penalties until after July 15. For taxpayers who cannot afford to pay, making an offer in compromise is another option to consider. As a last resort, it may be possible to discharge IRS debt through bankruptcy.