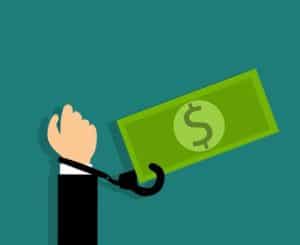 What Is Tax Evasion?

Understanding the difference between tax avoidance and tax evasion can help Nevadans minimize their taxes without breaking the law. Tax evasion involves a willful act through which people attempt to avoid paying their taxes. Tax avoidance is different and involves using existing loopholes in the tax code to reduce taxes legally. While tax avoidance is legal, tax evasion is not and can subject taxpayers to severe criminal penalties.

In addition to fines, people who are convicted of tax evasion may be sentenced to up to five years in prison. In egregious cases, the courts may impose both the fine as well as a prison sentence.

What Is Tax Avoidance?

Tax avoidance is not the same thing as tax evasion. Instead, it is legal and involves taking steps to minimize the amount of taxes that people or businesses might have to pay. This might include using loopholes that are present in the tax code that can help to reduce high taxes. Other legal ways to avoid paying higher taxes include claiming as many deductions and credits as possible or making contributions to a tax-advantaged retirement account such as a 401(k), SEP IRA, or traditional IRA.

If people have failed to file their tax returns or have underreported their income, it is a good idea for them to go ahead and file returns that they have missed. They can amend old returns to report income that they originally failed to report. While people might have to pay penalties for filing their returns late, it is better to be assessed monetary penalties than to potentially face criminal charges. Once the returns are filed or amended, it may be possible to negotiate for a reduction in the amounts that are owed.