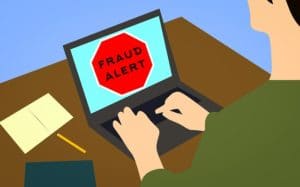 Over 3,300 Taxpayers Have Lost a Reported $16.8 Million to Tax Collection Scams

The Internal Revenue Service reports that scammers are calling people, pretending to be IRS agents, and threatening them with arrest if they do not make payments on fake tax bills. It is important for Nevadans to understand what the IRS will and will not do when attempting to collect tax debts so they do not become victims of scammers. The IRS will not make initial contact to collect debts via the telephone and will instead mail a series of notices to the taxpayers by U.S. mail. If people receive these calls, they should also avoid giving information about themselves and hang up the phone.

There are a number of different tax scams that are perpetrated by fraudsters in an effort to steal money from their victims. According to the IRS, one recent scam involves phone calls from numbers that appear to be from the IRS Taxpayer Assistance Center. The scammers will tell people they are delinquent on their taxes and demand payment with a debit card over the phone. If they are questioned, they will tell the debtors to look at the IRS website to verify that the number from which they are calling is the Taxpayer Assistance Center. The IRS reports that the scam artists are spoofing the numbers to make them look like they are originating from the IRS when they are actually being placed from offshore locations. The scammers may also give callback numbers that are U.S. numbers on messages that they leave.

What the IRS Will Not Do to Collect Taxes

The IRS does not call people to demand payment of delinquent taxes. It sends notices to people by postal mail at their homes. The IRS also will not threaten to arrest people if they do not pay their taxes immediately or to get local law enforcement involved when they first contact people. The IRS also will not call and ask for people to make tax payments using specific methods such as by purchasing prepaid gift cards or debit cards.

What People Should Do

If people receive calls they believe are from tax scammers, they should immediately hang up. People should not stay on the line even to let the callers know that the people think they are scam artists. They should avoid giving any information about themselves to the callers and should report them.