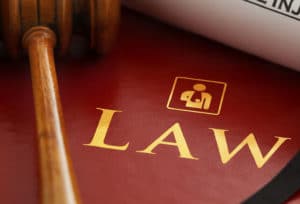 Suit claims that the IRS seized refunds for debts not owed

Another questionable collection procedure of the Internal Revenue Service is now being challenged in a lawsuit filed in federal court. Three plaintiffs claim that the IRS seized their tax refunds illegally to reimburse the Social Security Administration for over payments supposedly made many years earlier. Each plaintiff alleges not owing the debt because he or she was a child at the time of the purported overpayment, and because it was a survivor’s payment made to a relative who is now deceased. The claims could be the basis for class actions that could implicate the interests of taxpayers throughout the country, including in Nevada.

Attorneys indicate that as many as 400,000 Americans had their tax refunds illegally confiscated, and that there may be about $75 million in improper refund seizures. There are several valid provisions under federal law that allow the IRS to offset a tax refund in order to pay some other debt owed by the taxpayer. In this case, however, plaintiffs claim that they did not owe the debt because the Social Security overpayment was made to their relative and not to them.

Additionally, the plaintiffs claim that the government did not tell them that their refund was being taken. They only found out when they inquired of the agency. That is alleged to be a violation of due process guarantees under federal constitutional law. Prior notice and an opportunity to challenge the action in advance would be the minimum required under the circumstances, according to the lawsuits.

In each case, the taxpayer’s refund simply vanished and was later determined to have been seized by the IRS for a debt about which each plaintiff allegedly had no knowledge. Although the Social Security Administration ceased their request for the refunds when public complaints of the procedure surfaced last year, the three plaintiffs and others did not receive the funds that had already been confiscated. Taxpayers nationwide, including in Nevada, may be victims of the allegedly improper collection procedure, and they may have potential claims for return of their refunds.