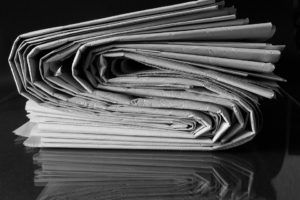 Tax collection agencies perform a vital service, but they are rarely the most beloved of organizations. Here in Nevada as elsewhere in the nation, the IRS is under a great deal of scrutiny of late as a result of a series of scandals related to unfair targeting of special interest groups for audit. Now, some members of government have proposed several new bills that would serve to limit the discretionary powers of the IRS and hold the organization more accountable for their actions.

The pithily-named Stop IRS Act would change the conditions under which an IRS employee could be fired, expanding the grounds to include performing or delaying official action for permanent gain. A second act, called the Stop Playing on Citizen’s Cash Act, would require the IRS to prove that recommendations made at previous conferences were implemented before a further conference is authorized. It is hoped this act, in conjunction with the Government Spending Accountability Act, would curb irresponsible spending on the part of the organization.

In terms of customer service, two further bills are being proposed. The Government Customer Service Improvement Act would require the development of actionable standards for customer service delivery. Similarly, the Taxpayer Bill of Rights Act would hold the IRS Commissioner responsible to a code of conduct that would require him or her to act in accordance with taxpayer rights.

Whether any of these bills will be passed into law remains to be seen upon the end of the summer break. However, Nevada residents may take this as a sign of changing attitudes toward the IRS. Until these bills become reality, however, and even afterward, it remains important that the individual taxpayer take personal responsibility for his or her tax debt and see to it that any debt is paid off at the earliest opportunity.