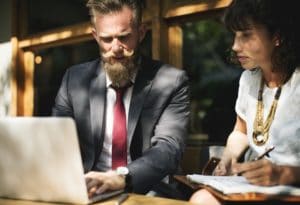 Seek assistance when confronted with back taxes in Nevada

No matter a Nevada resident’s status, back taxes are a nasty surprise that can creep up on anyone. A former mayor is now in the hot seat, accused of failing to report cash income. He reportedly owes almost $200,000 in back taxes.

An IRS examiner certified in fraud investigations has stepped in and examined the man’s financial records. He claims the man failed to claim cash payments and deposits on his credit cards between the period of 2003 to 2008. Once the expert added those amounts up, he came to the conclusion the man actually owes the government $195,000 in back taxes.

The man’s lawyer claims checks could have been given to the Detroit mayor as gifts, something that would not show in the man’s bank records. Once cashed, the money could not be tracked. No IRS subpoenas were issued against any of the check-cashing stores involved in the case, but the IRS examiner claims even if that were the case, it wouldn’t account for the large amount of money he is accused of spending over the period. However, the investigator reportedly admitted he failed to account for any gifts when he came up with the amount of taxes the former mayor allegedly owes.

When Nevada residents are battling against the IRS because of back taxes, it could be time to ask for help. In many situations like this, the IRS is often amenable to working with consumers to come to a solution for everyone. However, tax laws can often be confusing and a resident unaware of the laws may make a situation worse simply because they didn’t know any better. As such, residents may want to seek assistance when confronted with the accusation they failed to pay their taxes.