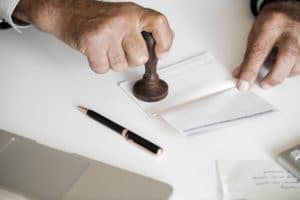 A recent article in Forbes raises a nefarious activity that the IRS has been using for years to seize the funds of innocent taxpayers, in Nevada and every other state, under the guise of an anti-terrorist forfeiture provision of federal law. It’s the now-familiar law that says that deposits over $10,000 in a person’s bank account have to be reported on certain forms. The IRS works with banks in monitoring accounts to pick up patterns of deposits where the amount may be slightly under $10,000.

Incredibly, the IRS has the power to swoop in on anyone’s account that the agency sees as suspicious and to seize the person’s money, without first filing charges or engaging in any due process procedures. The law is known as the Civil Asset Forfeiture Reform Act of 2000. The Forbes article describes a number of cases where the IRS seized the funds of innocent victims and then refused to give the money back.

In some instances, after taking the money, the IRS agreed — in a gesture of good will — to give the innocent citizen part of the money back. Generally, the best remedy open to someone who has their account stripped by the agency is to retain an experienced attorney and fight the issue. Other channels may be slow or unwilling to respond when the agency’s discretion is placed in doubt.

The problem with all of this, according to the reports, is that the IRS does not use common sense to make the distinction between normal banking activities, and true violations by criminal elements. Additionally, the problem is reaching crisis numbers where governmental action against the agency is in order, according to reports. The New York Times reported that the number of seizures has risen from 114 in 2005 to 639 in 2012. In 80 percent of those cases, criminal charges were never pursued. Nevada citizens are as vulnerable as those of other states to this questionable use of federal power.