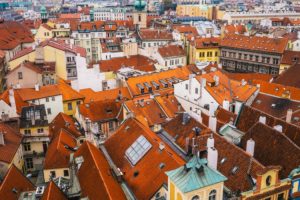 Report: IRS did not always act legally in taking property

It would probably be unwise to rely on the IRS to always do things legally and by the book when it seizes a taxpayer’s property located in Nevada or elsewhere. In a new government report, the Treasury Inspector General for Tax Administration reported that the IRS did not always comply with tax code requirements. In the 50 property seizures reviewed out of 580 conducted from July 1, 2012, through June 30, 2013, the report says that the IRS did not comply with tax code mandates in 19 instances.

The TIGTA concluded that such neglect can result in abuse of taxpayers’ rights. However, the Treasury Inspector also concluded that the errors did not affect the taxpayers involved. That conclusion, however, is at best an opinion not likely shared by the taxpayers who lost property. Notably, for example, the U.S. Supreme Court has struck down as unconstitutional analogous property seizures by state government agencies where adequate notice to the property owner was not given.

The TIGTA gave recommendations for the IRS to improve its advertising procedures and to maintain record-keeping of advertising in each case. The IRS reportedly agreed with the recommendation, but showed virtually no remorse that it had not fully complied with legal mandates. The agency issued a statement saying that it was “proud of this record of success,” and indicated that 19 errors was a negligible amount. Some in Nevada might disagree.