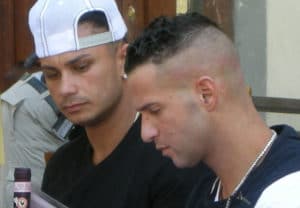 One of the unfortunate realities of being a celebrity is that when you get into legal trouble, word spreads quickly and your issues become widely known. To take just one of many possible examples of this, Mike Sorrentino—known as “The Situation” from his days on the series The Jersey Shore—is currently in the midst of a tax fraud case related to the wealth he accumulated during his time on the television show.

Earlier this month, Sorrentino appeared in federal court along with his brother on fresh charges of tax fraud. The case against the brothers has been rather drawn out, with the recent appearance occurring over two years after they first appeared in court on the charges. The purpose of the recent appearance was to give the brothers the opportunity to enter a plea to charges under a new indictment. In both court appearances, Mike Sorrentino pleaded not guilty to the charges against him.

At issue in the case is whether Sorrentino set up two businesses to avoid paying taxes to the IRS. Prosecutors say Sorrentino and his brother mixed personal and business funds, and purchased various luxury items. Sorrentino is also accused of failing to pay owed income tax on $8.9 million in earnings between 2010 and 2012, failing to file a personal tax return in 2011, filing a false return for one of his companies, and falsifying business records requested by for a grand jury investigation.

Whatever the case may be, the potential consequences of the case are significant, with Sorrentino facing up to 10 years of imprisonment for each count of false reporting. His brother, Marc, faces up to 20 years in prison on an obstruction charge.

It isn’t known exactly why Sorrentino has chosen to plead not guilty to both sets of charges. There are various reasons why he might be doing so. It is possible Sorrentino wants to have more time to consider his options for resolving the case; perhaps he is in talks with the IRS. Perhaps he and his attorney feel that there are inaccuracies to the charges, and plan to test the limits of the evidence at trial. In some cases like this, defendants may plead not guilty because what the IRS contends is fraud is actually nothing more than negligence. It’s hard to say whether that is the situation in Sorrentino’s case.

In our next, we’ll take a brief look at the difference between tax fraud and tax negligence, both in terms of the kind of evidence the IRS looks for to prove charges, and the potential penalties taxpayers can face.