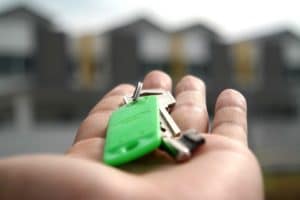 According to an expose in a local newspaper, nearly 200 residents had lost property to tax lien sales, which are defined as the practice of selling tax debt to a private investor. When these investors inevitably ramp up fees associated with the debt and the debtor defaults, the properties are foreclosed upon. Further investigation has revealed that the investors predominantly responsible for buying up this debt have been linked, suggesting collusion between them.

The mayor is calling for emergency legislature to be put in place to curb these practices, which he says have been affecting predominantly the vulnerable senior citizen population of his city. This legislation will be considered when local Council returns from summer recess. It is hoped it will work to keep homeowners carrying debt safe from those who would monopolize on their precarious position for personal gain.

Owing back taxes in any form, be it in the form of tax liens or anything else, can be a very stressful situation to be in for a homeowner. Working to deal with tax liens can bring about a degree of peace of mind knowing the home and property an individual has worked hard to secure is not in danger of being foreclosed upon. It is recommended that Nevada residents dealing with tax liens seek out assistance to ensure they retain control of what they have worked for.