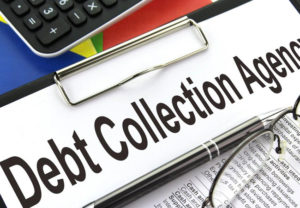 Next month the IRS will begin a program for using the private debt collection industry to go after people with certain types of tax debt.

In part one of this post, we noted that this could hurt the IRS’s efforts to prevent scams whereby fraudsters pose as IRS agents. This is because the IRS has repeatedly said that it does not initiate contact with taxpayers by phone- yet the private debt collection program (PDC) would include phone calls by private collectors claiming to be from the IRS.

Another concern with the program is that taxpayers facing financial hardship may need types of assistance that private collection agencies (PCAs) aren’t able to offer.

The National Taxpayer Advocate has taken the lead in calling attention to this problem of hardship status. When taxpayers with financial hardship are dealing with the IRS, there are limitations in the federal tax code and administration regulations on the IRS’s authority to collect tax debt.

In particular, in cases of serious financial hardship the IRS has a status called “currently not collectible.”

Currently not collectible (CNC) status means the IRS admits it shouldn’t try to get you to make tax payments when that would leave you without enough money for your reasonable living expenses. We discussed this in our January 6 post.

The legislation authorizing the PDC program does not take away CNC status from those who already have it. The National Taxpayer Advocate has pointed out, however, that people with similar levels of financial hardship may be assigned to PCAs.

The problem with this is that PCAs may try to pursue financially strapped taxpayers using procedures that would not be allowed with the IRS. For example, the IRS can accept an offer in compromise (OIC) if there is a doubt as to the collectibility of the tax debt. PCAs, by contrast, lack the authority to accept an OIC. PCAs also lack authority to designate a tax debt as CNC.