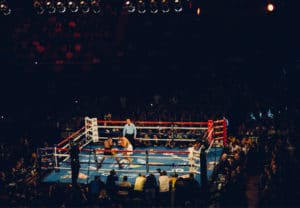 Many of our Las Vegas readers have likely heard the news of Floyd Mayweather Jr.’s victory last weekend in his match against Irish UFC fighter Conor McGregor. Those who watched the fight know that McGregor lasted 10 rounds, suffering a TKO loss in the 10th round.

Those who also followed the betting prior to the match know that, while the popular vote was for McGregor’s victory, most experts were betting on Mayweather to keep his victory record squeaky clean, which is exactly what happened. Mayweather now enters back into retirement with a professional record of 50-0, a true boxing champion, and one of the wealthiest as well.

One of the interesting things about the fight, of course, was the fact that it was largely spurred by Mayweather’s need to satisfy the IRS for significant tax debt. Another interesting aspect of the fight is that, because it took place in Las Vegas, Mayweather will be able to bring more money home due to favorable tax laws.

Over half of Mayweather’s fights throughout his career have been in Nevada, a state which does not impose income tax. That is one of the reasons Nevada is a common destination for boxing matches, along with the gambling atmosphere of Las Vegas. Mayweather will, of course, still owe a significant amount in federal income tax. Along with 39.6 percent of his income from the fight, Mayweather will also owe 12.4 percent in employment tax on his first $118,000 from the fight, plus an additional 2.9 percent Medicare self-employment tax on his yearly income.

For professional boxers and athletes, and others who bring in significant annual income, tax compliance can be a challenge. Little mistakes can have big consequences. Working with experienced legal counsel can help ensure that one has guidance and advocacy both in properly filing and paying taxes, but also in addressing disputes with the IRS if they arise.