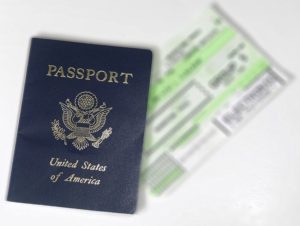 Tax Debt Could Put the Brakes on Your Travel Plans

When Nevadans are seriously delinquent on their taxes, they may have their existing passports revoked or have their applications denied because of the Internal Revenue Service’s enhanced enforcement of a code provision. The IRS announced enforcement procedures for the statutory section in Jan. 2018. People who owe tax debts of more than $51,000 might want to get tax debt help so they are able to freely travel.

In Dec. 2015, a law was passed that allows the IRS to tell the State Department to deny passport applications or to revoke existing passports for people who are seriously delinquent on their taxes. The government did not enforce the provision until the IRS released rules for enforcement in Jan. 2018. To trigger a passport revocation or application denial, people must have had their tax debts assessed and owe more than $50,000, which is adjusted for inflation. In 2018, the seriously delinquent amount must be $51,000 or more. The IRS must also have issued a notice of lien, and the taxpayer must have exhausted his or her administrative rights or have allowed them to lapse. When these criteria are met, the IRS may send a certification to the State Department that the taxpayer is seriously delinquent on his or her taxes. The certification may then trigger the denial of the application or the revocation of the taxpayer’s existing passport.

There are some exceptions to certification that taxpayers might be eligible to claim. If they are able to have their debt declared to be currently uncollectible due to hardship or are in bankruptcy, they may be able to avoid certification by the IRS. They may also be able to avoid certification if they have offers in compromise pending or are making payments to the IRS on the debt under an installment agreement. Other exceptions include when the tax debt arose from identity theft or when it arose from an assessment of criminal restitution. Tax debts that have been suspended because of an application by a spouse for innocent spouse relief may also not be used by the IRS for certification purposes. Getting tax debt help may allow people to take advantage of the available exceptions.