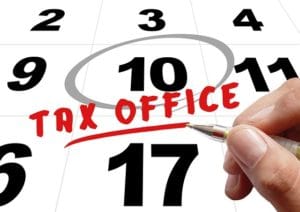 What to Expect When You Can’t Pay the IRS in Henderson, NV

Owing a debt to the IRS can lead to costly penalties and serious consequences. When tax debt cannot be paid in full, an attempt to make a payment arrangement should be made as soon as possible.

Each year, individual tax returns are due by April 15 except when that day falls on a holiday or weekend. Any taxes owed must also be paid by that date. It is possible to request an extension to file taxes, but that does not normally extend the time to pay taxes owed. At least 90 percent of expected tax liability or 100 to 110 percent of the amount paid for the previous year must accompany the extension request to avoid a penalty for failure-to-pay.

Consequences of Not Paying Tax Debt

The IRS has an Automated Collection System (ACS) that mails warning notices to delinquent taxpayers. The first notice sent includes the amount owed and a demand for payment. Each subsequent notice over the next two to six months will become more demanding and threatening. If the taxpayer ignores the request for payment the IRS could: