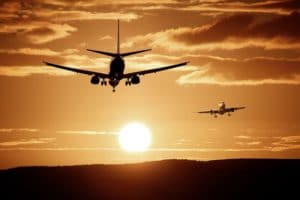 Las Vegas residents who owe the IRS back taxes may be surprised that the IRS has been granted another tool to reclaim the money that is owed to them. They may now have the power to restrict travel in the form of revoking or suspending a passport, denying the renewal of a passport or even withholding approval for someone applying for a passport for the first time. While the IRS has several other ways to collect back taxes, this is one that may surprise people who are planning trips outside of the United States.

The State Department, following the instructions of the IRS, may soon be authorized to confiscate passports for anyone who owes more than $50,000 in back taxes. The bill has already been passed by the Senate but must pass the House and receive approval from the president before it is made into a law. The bill was initially introduced by Senator Barbara Boxer and Senate Majority Leader Harry Reid and was attached to the Highway Bill as an amendment.

Some are opposed to the bill, claiming that it violates due process. If the bill is passed as written, there may be some nasty surprises in store for Americans attempting to board international flights. The bill allows for people who are said to owe the IRS to be prevented from boarding. It’s used as a way to prevent people from fleeing the country and help deter people attempting to avoid paying their taxes.

There are some exceptions to this rule, mainly for those who are paying their back taxes to the IRS by payment plans and those who are disputing the debt legally. For Las Vegas residents and others who owe over $50,000, it may bear looking into before attempting to apply for a passport or fly internationally. Government officials believe the measure will collect over $500 million in tax debt, but others believe the bill may find people guilty without having committed a crime. It will be interesting to see if the House and the president approve the bill.

Source: San Francisco Chronicle, “Can The IRS Restrict Your Travels?” Marc Davis, May 8, 2012