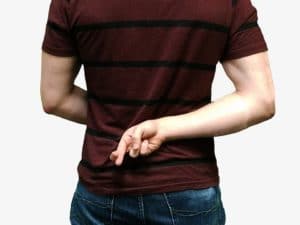 Overworked and underfunded, IRS can’t keep up with tax cheats

Once again, the Internal Revenue Service will be handling the annual tax returns with an inadequate budget and not enough personnel. A taxpayer’s chances of getting audited are accordingly falling also, both nationally and here in Nevada. The odds of getting audited have fallen to an 11-year low, with just .86 percent of individual filers being likely to hear from the IRS that they are scheduled for an audit.

There’s another result of the budgetary reductions. The general trend, according to some observers, is for the budgetary reductions to cause more cheating by taxpayers on their returns. Thus, it may be easier for individuals to cut a corner or two, with thoughts that fewer audits means a greater chance of success. That is not, however, a recommended strategy because of legal propriety, moral compulsion and the remaining risk of getting caught.

One retired IRS supervisor expressed recently his sentiments that the IRS is heading for a crisis, even perhaps a crash. He stated he had never seen a point where the IRS had been stretched out as it is now. At the same time that resources have dwindled dramatically, tax return filings have gone up by 3.4 percent, placing the agency in a precarious situation.

Since the IRS collects about 90 percent of the government’s revenue, one wonders whether the trend set up by congressional de-funding of the agency is a wise move for the economy of the country. The current trend penalizes taxpayers who remain honest in the sense that it rewards those who may choose to cheat. It also penalizes the poor and middle class workers in Nevada and everywhere else, in that it is the rich who typically have the resources to take advantage of overworked tax auditors. Nevertheless, taxpayers –whether rich or otherwise — facing an IRS audit typically benefit by consulting with an attorney experienced in handling tax law issues.