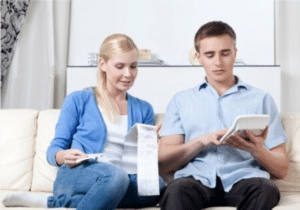 One simple way to reduce your risk of tax refund fraud

We’ve been talking about it a lot recently. It’s peppering the news almost daily. The Equifax breach earlier this year turned it from a problem into an outright crisis. The IRS and other government organizations have been working overtime to combat this constant threat and empower Americans to keep themselves secure. We’re talking, of course, about identity theft.

Perhaps, in the wake of the cyber-hack that brought half of all Americans to their knees, you’ve taken proactive steps to protect yourself. You’ve gone through the training. You’ve learned how to recognize phishing emails. You’re suspicious of any phone calls claiming to come from organizations you didn’t personally solicit. You know how to create strong passwords, and you use unique passwords for every online account. You’ve enabled firewall and anti-virus protections on your computer, and you’ve ensured that they update automatically.

You’ve taken every step to reduce your risk of identity theft. Right?

Today we’re going to talk about one simple—and frequently overlooked—step to protecting yourself from identity theft tax refund fraud. We’re not asking you to buy expensive software or stuff all of your personal data into a vault. We just ask one thing: don’t procrastinate.

It’s pretty simple: You have a four-month window from January to April to file your taxes. If you wait until April 15, that gives a cybercriminal more than 100 days to file a fraudulent tax return under your name. That’s more than 100 days to systematically take over your identity before you may even realize it’s happened. But if you file your tax return first, then the hacker’s out of luck.

Keep the odds in your favor this tax season. File your taxes before someone else tries to do it for you.