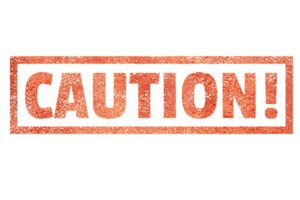 One of the red flags for tax audits: taking large deductions

Google famously refuses to reveal the exact details about its influential (and always evolving) algorithm for delivering search results.

In a way, the IRS is a little like that in refusing to disclose exactly how it decides which tax returns to audit. But as with Google’s algorithm, it is possible to make some educated inferences about what happens behind the scenes.

In this post, let’s look at one aspect of this: red flags that a return might be audited. In particular, we’ll discuss how taking large deductions can make it more likely that your return will be audited.

First of all, it’s worth noting that relatively few returns are audited. Last year, the percentage was less than 1 percent (0.84, to be precise). And the percentage has been going down in recent years as the IRS grapples with budget cuts from Congress.

But the possibility of an audit remains a key tool for the IRS in encouraging tax compliance.

We won’t discuss all of the potential red flags for an audit in this post. Let’s focus on one such flag in particular, relating to deductions.

One potential red flag is taking deductions that are comparatively large for your income level. A more specific aspect of this is taking large deductions for charity that are more than the average amount given by people with similar income.

This doesn’t mean that you should decline to take the full deduction you are entitled to under the law. But you should be sure to have good documentation for your deductions. For example, for noncash donations to a charity of over $500, the proper form to file is Form 8283.

Of course, another well-known red flag for an audit is having a high income. We may return to that subject in an upcoming post.