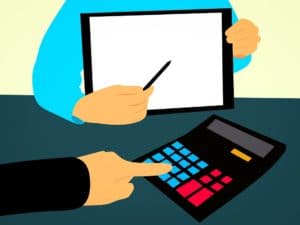 Odds and oddities of tax audits: 3 things to know

A tax audit is naturally something you want to avoid. At the same time, however, you want to be able to make full use of all the lawful tax deductions and credits that you can.

In other words, fear of an audit shouldn’t cause you to lose out on tax breaks you are entitled to.

It therefore makes sense to be aware of what the odds are for a tax audit and what the red flags for audits generally are. Here are three things to know, in the form of an FAQ.

Is it true that audits rates rise with income?

What are the most common red flags for a tax audit?

Taking overly large deductions can raise your risk for a tax audit. These can include common deductions such as medical expenses and charitable donations

Underreporting income can also raise the risk of an audit. This can happen, for example, if you have 1099s from multiple employers and don’t include all of them in the income you report to the IRS.

If you are a 1099 worker, not paying self-employment tax can also invite IRS scrutiny.

Do you have to go to an IRS office for an audit?

Not necessarily. In fact, many audits are done through the mail and involve requests for additional information. These are called correspondence audits.

If an in-person interview is necessary, it could also be done at your place of business office or the office of an accountant.