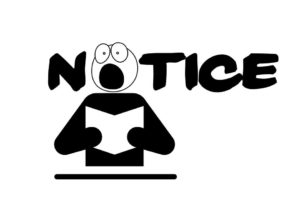 The IRS defines a levy as a legal seizure of a person’s property to satisfy a tax debt. An IRS tax levy is different from an IRS tax lien. A tax lien is filed in a Nevada court or in a state where the taxpayer resides, telling the world that there is an existing IRS debt that has attached to a person’s real estate and property. A levy is an actual seizure of a person’s bank, investment or other monetary accounts. It can also be a garnishment of wages and even an attachment of pension and retirement benefits.

A tax levy is a powerful tax collection tool that can cripple a person’s ability to function. The government can even seize a person’s assets without full due process. There is a notice 30 days prior to the levy but if one ignores it, the next step is not a lawsuit with due process procedures. Instead, the agency issues a levy and simply seizes the person’s accounts or attaches a percentage of wages without further ado.

It should be said that there are appeal procedures available to a taxpayer who disputes the amount of a tax, but those rights should be pursued earlier in the process. It is also possible in some instances to file an appeal prior to the levy going into effect. The taxpayer can appoint a professional representative to act in her behalf for that purpose or to settle the matter in her behalf.

When that crisis has been relieved, the taxpayer or her representative may want to contact the agency to request account transcripts for the specific periods in issue. It is highly recommended that all of the details be reviewed and evaluated. If there are missing returns, they should be filed appropriately. A posture of cooperation with the agency to clear up the problem can be highly beneficial in most cases.

The taxpayer or representative can also at that time request an abatement of penalties based on the taxpayer’s financial limitations. Amended returns can also be filed if necessary. These procedures regarding an IRS tax levy are available in Nevada and all other states. The taxpayer’s assiduous attention to such problems can often avoid much more serious problems down the line.