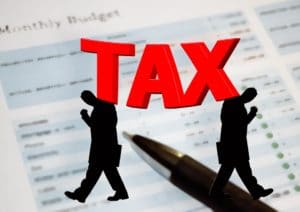 In the first part of this post, we noted how the IRS has ways to identify you if you should have filed a tax return, but didn’t. The IRS uses income matching, analyzing reports from third parties such as employers and banks on W-2s and 1099s. The IRS also knows which taxpayers have filed in the past and can compare those names to those who filed this year.

In this part of the post, let’s look at the operation of the IRS program that is supposed to send out notices to taxpayers about nonfiling.

TIGTA – the Treasury Department watchdog for the IRS – recently reported that the IRS’s automated program for sending out notices about nonfiling has had operational flaws. TIGTA stands for Treasury Inspector General for Tax Administration.

Every year, the IRS usually sends out more than 7 million delinquency notices to nonfilers.

TIGTA found, however, that in tax years 2012 and 2013, the IRS didn’t contact about 1.9 million people who hadn’t filed tax returns despite the expiration of their extensions.

Apparently there were programming errors in the automated system for identifying nonfilers and generating the notices. The system did not take into account expired extensions.

Though the IRS caught this problem for 2013, it also ran into problems with budget cuts from Congress that limited its ability to send out notices that year to nonfilers with expired extensions.

What about 2014? The process of identifying and notifying nonfilers for that year is now underway. The IRS has already stated that it intends to prioritize nonfilers with high income, as the highest potential tax collection yield is to be found there.

How far can the IRS go back in seeking to collect taxes for past years when taxes weren’t filed? In next week’s post, we will address that issue.