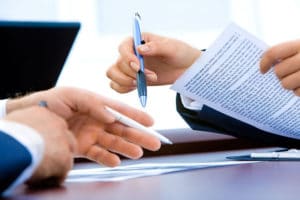 A bipartisan bill introduced on May 23 is slated to address what some are calling a glaring omission in the current national tax structure. The bill, touted by its supporters as “common sense,” would require federal employees in Nevada and elsewhere to be current on their tax payments or run the risk of termination. Additionally, it would prohibit the government from hiring anyone with outstanding tax debt.

Proponents of the bill argue that the average American citizen should not be required to cover the difference for federal employees delinquent in their tax payments. The bill would require a prospective or current federal employee to be either up-to-date and not carrying a balance on their taxes, or else have arranged a payment agreement with the IRS. Those with seriously delinquent outstanding taxes would be subject to termination, or would not be hired, respectively.

According to current IRS statistics, over 311,000 federal employees, of current and former capacities, are currently delinquent in their tax standing. This accounts for $3.5 billion in unpaid taxes, up considerably from the last fiscal year. This represents a disturbing trend toward delinquency that this bill hopes to address and repair.

No one wants to be behind on their tax payments. To do so means to risk an audit or wage garnishment. Thankfully, for Nevada residents – federal employees or not – there is support available to help structure finances and help to repay tax debt before further action is required on the part of the IRS, employers, or anyone else.