Nevada taxpayers who owe the IRS money have options

Many Americans find themselves feeling stressed when April and tax time roll around. Some may feel that emotional upheaval because they believe that they will owe the IRS money rather than qualify for a refund. What’s important in this situation, however, is to go ahead and file by the April 15 deadline in order to avoid having to pay any sort of failure-to-file fees. Certain Nevada residents may even be able to request a six-month extension from the IRS.

Whether filing by the deadline or requesting an extension, however, it can also help a taxpayer’s situation if they pay as much of the owed amount as they can manage. Additionally, some may be able to find assistance in covering penalties for late payments thanks to the American Taxpayer Relief Act which went into effect back in Jan. 2013. The IRS typically enforces a 0.5 percent per month surcharge against late payments once the relevant deadline comes and goes.

Under this Relief Act, both individuals and businesses may be able to have any late penalties forgiven once they file for extensions. Of course, in order for this to apply, they must claim credits tied to forms that the IRS didn’t make available until after Jan. 30. For other Americans who aren’t able to pay what they owe by the April 15 deadline, they should keep in mind that they will likely face an interest charge for whatever they pay on a late basis. Others may want to consider applying for a loan or charging the amount due to the IRS on a credit card to avoid any interest or penalty charges.

Those who owe the IRS money and are going through a true financial hardship may be able to negotiate some sort of arrangement with the IRS. Additionally, some of these Nevada taxpayers may wish to consult with an attorney who is experienced in handling such negotiations. This may give them the extra peace of mind that can come from working with someone who is well-versed in the intricacies of U.S. tax law. 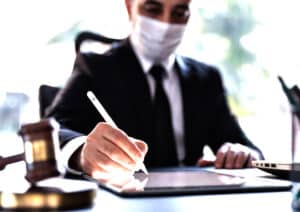