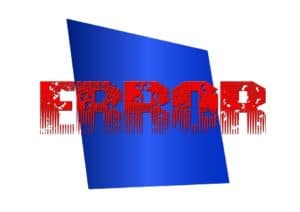 Nevada may be affected by stepped up IRS oversight

The IRS has taken steps to decrease the number of refundable tax credits issued in error. This change could affect some Nevada residents who may have mistakenly received extra money. An audit concerning the problem showed that approximately $2.3 billion in refundable credits was erroneously issued by the IRS in the years from 2006 to 2009.

Although they have been able to retrieve at least $1.3 billion of that money, it still appears to be a prevalent problem. The audit showed that by verifying whether someone had claimed two types of refundable credits instead of only one, it could have prevented quite a bit of the money from being issued. The audit also reported that the IRS recovered much of the money by taking money out of someone’s future refund. Only 20 percent of the money came from the IRS receiving a payment from the affected taxpayer.

Since the credits are so susceptible to fraud, it is important for the IRS to identify potentially fraudulent activity before any money is issued. The IRS has stated that many of the claims were not made maliciously, but due to errors. However, they also stated that additional scrutiny may be considered for any taxpayer returns who may have received improper credits in the past.

This could affect Nevada residents who may have erroneously received payments from the IRS. Although it can be easy sometimes for errors in tax returns, such things can begin to trigger audits, especially for those who may have made such errors before. People experiencing trouble with the IRS may wish to seek knowledgeable help to avoid the possibility of an audit in the future.