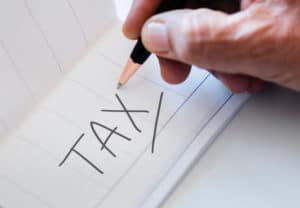 Nevada is, in many ways a tax haven, and many people look to take advantage of the state’s favorable tax laws to derive financial benefit. There isn’t necessarily anything wrong with this, to be sure, but it is important for people to keep in mind that issues can arise when they try to minimize their tax liabilities. In some cases, taxpayers come out ahead. In other cases, they don’t.

In still other cases, the taxpayer may be vindicated, but only after a fight. This is what recently happened with microprocessor inventor Gilbert Hyatt, who had been engaged in a protracted battle with the California Franchise Tax Board over whether he still owed taxes on income from for patent licensing agreements between late 1991 and early 1992. During that time, he earned millions of dollars from these agreements.

After a nearly 24-year battle, Hyatt was ultimately vindicated by the California Board of Equalization. At issue in the case was whether Hyatt was a resident of California during the period in question. According to the Franchise Tax Board, Hyatt falsely claimed that he moved to Nevada shortly after learning of the income he would be receiving. The Franchise Tax Board provided various documents to demonstrate this, but it was not enough to outweigh the testimony of hundreds of witnesses claiming that he was a resident of Las Vegas during that time.

Residency for tax purposes can be a tricky issue, as different states have different rule on the matter. A number of states include within the definition of residency some reference to domicile, which is a legal term that is distinct from residency, at least the way these states define it. Sorting out issues of residency and domicile can be critical to determining an individual’s tax liabilities. Those who are under audit based on this issue should work with experienced legal counsel to ensure their rights and interests are protected.