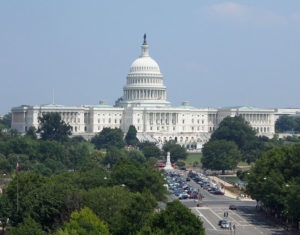 A new bill passed through the U.S. Senate will change the way taxes are collected in online purchases. The bill, enthusiastically backed by the Retail Association of Nevada, will see additional responsibilities put on online retailers to help mitigate tax issues that have long plagued the market. The bill will apply to all businesses across the nation.

Historically, retailers have only been required to collect sales tax in states where their company maintains a physical presence, such as a brick-and-mortar store. For large companies with multiple branches nationwide, this means online sales have always included sales tax. For smaller businesses, however, items sold online to customers outside their home state would not include a sales tax. Technically, the customer was still responsible for paying that tax in their home state, but until now there has been no reliable way of tracking those amounts.

With the passing of this new bill, all companies regardless of their location will be required to collect state sales tax to all online sales. The so-called “Marketplace Fairness Act” was approved with a Senate vote of 69-27 on May 6. The Nevada Assembly had approved a resolution that would have pushed Congress to approve the bill on the same day.

Bills like these are designed to limit tax issues encountered by individuals since there they eliminate the need to keep track of online purchases. When a sales tax is built into a purchase made online by a Nevada resident, it means that resident can rest easy knowing his or her taxes are up-to-date. However, it’s important to keep abreast of such changes in order to avoid falling into ill favor with state and federal taxing authorities.