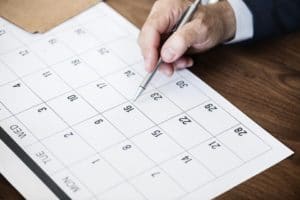 Tax Debt? Here’s What Not to Do

Nevadans who learn that they will owe large tax bills should avoid making some common mistakes because they can make the situation much worse. Ignoring tax debts will not make them disappear. Instead, tax debt balances can grow substantially with the addition of penalties and interest. It is best for people to try to pay off their tax debts as soon as possible and to avoid making these common mistakes. Getting tax debt help from an experienced Nevada tax lawyer is strongly advised.

Failing to File a Return

Some people who learn that they will owe large tax bills simply fail to file their returns. This is never a good idea. The IRS can go back and file missing returns for people that will not have any deductions or credits on them that the taxpayers might have been entitled to receive. Taxpayers may also have to pay failure to file penalties of 5 percent per month up to a maximum of 25 percent. Finally, the IRS can choose to pursue criminal prosecution against people who don’t file their tax returns for tax evasion.

Failing to Request an Extension

People who will be unable to complete their income tax returns on time should file an extension request before the April 15 tax deadline. When they do, they will receive six more months to complete their returns and will not have to pay the failure to file penalty.

However, it is important to note that the extension is only an extension to file the tax return, not to the pay the tax. The tax is always due on April 15, regardless if an extension is filed and the IRS will assess a failure to pay penalty of 0.5 percent of the balance for each month until they file and pay their taxes. That penalty is also capped at 25 percent.

Not Requesting a Payment Plan

Not Taking Advantage of Other Tax Debt Help

People whose tax debts are so large that they will be unable to pay them in full or in part within 72 months should not ignore them. The IRS can garnish wages, place liens on taxpayers’ property, and levy property and sell it. People might make offers in compromise to settle their tax debts for less than they owe. They may also qualify to have their accounts placed on hardship status which will temporarily stop IRS collections, but will not resolve the IRS balance.