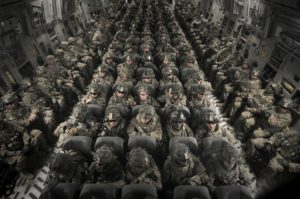 Military personnel in Nevada may be interested in tax tips that are making headlines. Special tax considerations exist for all military members including those serving on active duty or attempting to transition into the civilian lifestyle again. While it is always important to speak to someone knowledgeable when it comes to taxes, there are several tips that military personnel may want to ask about when filing their taxes. Doing so can help maximize an IRS tax return.

Anyone who served in a combat zone should know that the pay they received while serving there is not taxed, so it should not be documented as such on the W2. This compensation can be included as earned income when calculating the tax credit. However, for those only stationed in a foreign country that is not considered a combat zone, military wages will likely be taxed.

Active duty personnel may also be able to claim moving expenses that are in conjunction with a permanent change of station (PCS). Some costs that can be claims are lodging, storage and transportation. This could be a big deduction because of the constant moving some military personnel experience from a number of different duty stations.

Also, reservists may also be able to claim mileage if they are required to perform their duty over 100 miles away from their home of record. Ensure meticulous records are kept, logging mileage and documenting travel details on IRS Form 2106. Other costs including airfare, lodging, meals and expenses can also be claimed.

Several other IRS tips exist for military personnel, so it could be in one’s best interests to research these before taxes are filed. Also, Nevada employers could receive a tax benefit for hiring veterans, so it may be worth mentioning when being hired for a civilian job. With the sacrifices made both at home and overseas, the IRS recognizes military service via a range of tax benefits, which can lower the tax burden for many American service members. For those who have experienced a significant tax burden and who are concerned over debt owed to the IRS, it may be worthwhile to explore your legal options to avoid wage garnishments, bank levies and other aggressive tax collection measures.