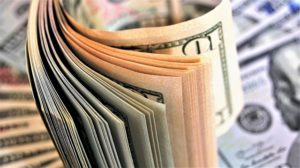 Las Vegas residents who follow professional baseball may be familiar with the McCourt saga. The couple who once owned the Dodgers recently went through a very bitter divorce. The team and the fans have continually questioned what happened to the team’s finances and have leveled accusations against the McCourt’s, claiming they plundered their finances during their time as owners.

However, they are now facing potentially serious tax issues. Documents claim the Dodgers are in serious financial trouble, with back taxes of up to a quarter of a million dollars owed to Los Angeles.

A federal grand jury is now investigating the team for criminal misconduct in relation to finances. The investigation is said to be focusing on fraud as well as federal and state incomes taxes.

Jamie McCourt has already alleged that neither she nor her ex-husband had paid any federal or state taxes since 2004, the year they bought the Dodgers. The MLB alleges that Frank McCourt systematically took money from the Dodgers for his personal use and alleges he “improperly converted” about $189 million. If it is proven that Frank McCourt did not report money taken from the team as income, he could be facing serious criminal charges and a hefty tax bill.

Tax issues like these can pop back up to haunt someone. However, it’s no secret that the Tax Code is one of the most complex pieces of legislation that exists. Navigating it is no easy feat, and sometimes people make mistakes. As investigations into the McCourts continue, it will be interesting to see what the outcome is.