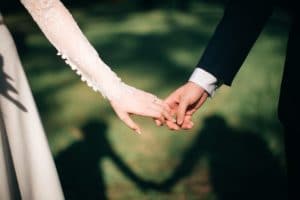 Marriage and taxes: Is there really a marriage penalty?

For years, many couples have complained about having to pay more in taxes than two single people would have to with the same incomes.

The complaint is known by the term “marriage penalty.” It is so common, and so widely known, that it has a lengthy Wikipedia entry.

But is it really true there is a marriage penalty? In this post, we will explore that question.

The answer is both and yes and no.

It’s true that when two people who have relatively equal incomes tie the marriage knot, they can get bumped into a higher tax bracket – causing their taxes to go up. For people in this situation, there is indeed a marriage penalty.

Choosing the filing status of married filing separately (MFS) does not necessarily get around this problem. This is because MFS comes with various limitations on preferences (exclusions, deductions, credits and so on).

Without those preferences, a couple’s taxes can end up being higher than if they had each filed as single people.

But there is also such a thing as marriage bonus. This often happens when people with very different incomes marry each other. For these taxpayers, combining their incomes may not bump them up to a higher tax bracket, but it may enable them to take a higher standard deduction.

In this situation, the result is a combined tax bill that goes up, not down, because of marriage.

In short, the notion of a marriage penalty is not a myth. But there is also a marriage bonus.