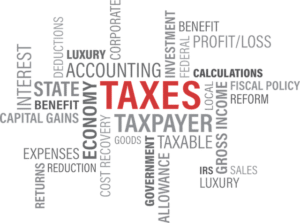 Lionel Ritchie, other celebrities, face liens for back taxes

Although many Las Vegas residents won’t experience the vast incomes that popular celebrities do, tax debt can be an issue for everyone. A recent news story highlights the fact that celebrities may end up with more tax debt than other Americans often due to varying income levels and high spending.

One of the latest celebrities to be hit with a large tax lien is Lionel Ritchie. On the same day he performed on “The Ellen Degeneres Show,” he was also assessed with a $1.1 million lien for allegedly failing to pay some income taxes due in 2010. While many would believe that celebrities of his stature would have no trouble paying such a large tax debt — and, indeed, Ritchie indicated the issue would be resolved immediately — it can be a foreboding sign of financial trouble.

A tax lien is essentially a public way to notify the person and others that if the debt is not paid, the government may seize property including houses, cars, bank accounts and other personal assets. The government tends to prefer cash and will normally avoid seizing other property until it becomes absolutely necessary. Some performers are subject to multiple tax liens after having failed to pay taxes over multiple years.

Many entertainers find themselves in tax debt by expecting their earnings to last a lifetime. Once their incomes increase, their spending often does as well. No money is saved as their fame rises and eventually the work may dry up and they will not be able to pay their taxes. For celebrities, it is unfortunately a common occurrence.

While some people who owe back taxes may have spent more than they have, for whatever reason, others who end up owing back taxes may have simply made a mistake in their return. File taxes is no easy feat. And with the economy in a troubled state, many are choosing to save money by filing their own tax returns instead of paying someone else to do it. If you have received a letter from the IRS saying you owe back taxes or have been notified of a lien, it may be helpful to seek legal advice. There can be harsh consequences for failing to pay taxes, but the IRS’ calculations are not always accurate either.