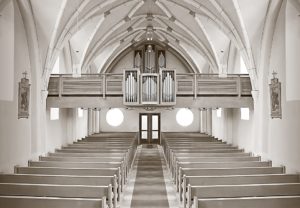 Las Vegas churches may have the chance to challenge IRS policy

Las Vegas-area religious leaders may be involved in a recent protest by pastors around the country against IRS policies. Over 1,000 religious leaders took part in a constitutional challenge called ‘Pulpit Freedom Sunday.’ Their plan is to publicly endorse political candidates from their pulpits, directly defying IRS rules preventing such a practice. They are hoping that their actions will require the IRS to enforce the Johnson Amendment, which makes it illegal for churches or other tax-exempt organizations to endorse any political candidates.

Current law makes is illegal for churches to receive tax-exempt status if they endorse any candidate for public office. It is hoped that this protest will force the IRS to enforce the amendment so that the controversial issue can be official heard in court. The group who sponsored the summit believes the current law is violating the First Amendment.

Legal counsel for the group stated it is a direct challenge to the country’s constitution and is a way to ensure that pastors are the only ones who get to decide what is said from behind the pulpit. Pastors involved preached about specific political candidates and then purposely made a recommendation while having their sermons video recorded. Those recordings will be sent to the IRS.

If the IRS responds by enforcing the amendment, the church or specific pastors will challenge the policy in court. The IRS has declined to comment about the matter, but if they enforce the amendment, it will likely make headlines again. While this is a wait and see matter for Las Vegas churches, if it goes to court it could change the way church leaders manage and deliver their sermons. Alternatively, it could result in church leaders needing to continue foregoing the mention of political candidates during sermons in order for churches to maintain their tax-exempt statuses.

Source: Fox News, “Pastors to take on IRS in plan to preach politics from the pulpit,” Cristina Corbin, Oct. 7, 2012