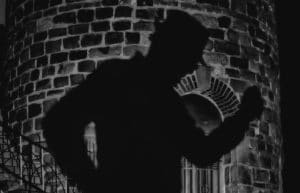 Even after death, our tax issues can continue to haunt us. That is the sad story plaguing the estate of the late singer Michael Jackson, who Nevada residents remember as the so-called “King of Pop” who passed away of a drug overdose in 2009. Now, the deceased star’s massive tax debt is threatening to erase what remains of his former empire.

The troubled star had accrued considerable personal debt throughout his life, particularly in the final years before his death, a debt which his estate was able to pay off. However, the Internal Revenue Service has since come seeking what they say is a total owed debt of close to a billion dollars. Between taxes and penalties, the IRS has quoted the estate a total of $702 million.

The year of Jackson’s death, his estate claimed $7 million in taxable value, but has since received a deficiency notice quoting over a hundred times that amount. The estate has since filed a court objection to the bill, saying the appraisal values the IRS set to Jackson’s image, likeness, and taxable property far exceeded the reality. A representative has stated the estate has already paid in excess of $100 million in taxes. The issue will be overseen by a state tax court, and the estate will not have to pay if the court rules in their favor.

Tax debt is no laughing matter. While the average person will never accrue the kind of debt the King of Pop allegedly did, it is important for Nevada residents to remember that their tax issues will persist even after they have passed away. Understanding local and federal tax laws and keeping up-to-date as a taxpayer are critical to keeping next-of-kin from facing this difficult fiscal scenario.