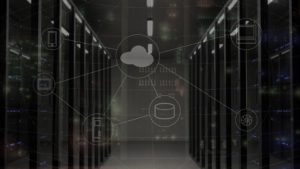 IT functionality in the IRS computer networks is in doubt

Taxpayers nationally and in Nevada rely on the efficiency of IRS electronic records to maintain a fair and accurate body of data. However, in recent Congressional probes into IRS methods of classifying tax-exempt organizations, weaknesses in the agency’s technology were apparently revealed. It was charged that the IRS has an “unbelievably deficient” electronic mail system, and other computer network systems are also in doubt.

To add to the severity of the charges, the agency director and others seemingly had difficulty in responding to some of the revelations. Furthermore, some of the deficiencies were verified and testified to by the IRS itself. Perhaps the most critical set of deficiencies, apparently conceded by the agency, was that the agency’s system of saving files was not unified, coordinated or reliable.

The foregoing led to the additional revelation that there is apparently no system of redundancy to protect against a massive database loss. It was also revealed that IRS data is not saved to a protected and safe server location. That ultimately raises the prospect that data for individual taxpayer files can be subject to arbitrary changes that can’t be adequately managed or corrected.

Some experts testified that the IRS budge of $2 billion is woefully inadequate, and prevents the agency from becoming technologically relevant. In order to function effectively, the budget should be more like $35 billion, considering the volume of information processed. In light of all of these considerations, taxpayers may find it beneficial to obtain the guidance of tax professionals when confronted with IRS collection activities. As more information becomes available, useful taxpayer defenses may also emerge.

In Nevada and elsewhere, taxpayers expect the IRS to function in an environment of credibility and reliability. Taxpayers may instead fall victim to an antiquated technological framework that cannot be managed effectively. When such situations arise or seem likely to have arisen, the taxpayer will should respond by demanding basic fairness and accuracy with respect to the agency’s collection assertions and activities.