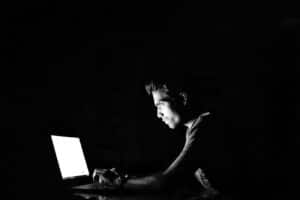 Is my tax return information safe with the IRS?

In today’s age where confidential information can get leaked at the touch of a button, many people wonder if their information is secure. Tax returns hold some of the most personal information about us including our social security number, income, and much more. Therefore it is an important question to ask: is my tax return information truly safe?

Trump and his ongoing audit

The most sought after tax return in the current political climate is from Donald Trump. The Democratic Party is calling for his tax information to be shown to the public. Trump has maintained that he cannot release his tax return because he is being audited by the IRS. Even so, in between Wikileaks and hackers like Anonymous, many wonder how the information has not leaked already.

The reason Trump’s tax return and any American citizen’s tax return cannot be easily accessed is due to the IRS’ strict guidelines for confidentiality. Anyone caught leaking confidential tax return information can be fined $5,000 and sent to jail for up to five years.

Even with the lofty fines and daunting jail time for leaking tax information, a group of hackers launched a cyberattack on the Internal Revenue Service’s systems last year. The attack was aimed at their new service called “Get Transcript” which allows taxpayers to check their tax history online. The attack resulted in about 724,000 people who had their personal information stolen. In return the hackers were able to file about $50 million in fake tax returns.

This massive information breach shows that even if online security is tight that information will never be completely secure. Data breaches are inevitable while hackers and businesses are constantly at battle to outsmart one another. Taxpayers can feel reassured that the IRS does everything it can to keep their information confidential. The Department of Taxation and Finance states that protecting taxpayer’s personal information is their highest priority.

It is only under very specific circumstances that your tax return can be accessed with permission. Even during those times it can only be shown to a government official with permission in writing. Some of the select times that someone could access your personal information include:

It looks like Donald Trump’s tax return information is safe for now. He and any other American citizen’s private information are protected under the law and by the IRS’s evolving security.