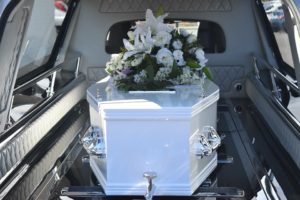 What if paying federal income taxes was unconstitutional? That’s what Irwin Schiff believed, and he spent more than 10 years in prison for living by that belief. Schiff, who at one time had operated a storefront in Las Vegas where he would encourage clients to declare zero income on their federal taxes, was serving his third prison term when he died of lung cancer.

According to his obituary in The New York Times, Schiff believed that because the Constitution established the value of the dollar based on the value of gold, when this “gold standard” was phased out, then workers’ income in dollars in essence ceased to exist. He also believed that because tax records could be used against a person in criminal proceedings, that filing one’s taxes was unconstitutional because it violated the Fifth Amendment right against self-incrimination.

When you have mounting or unmanageable tax debts, it may seem tempting to entertain the idea that the very existence of that debt is against the law. According to his obituary, Schiff had convinced thousands of taxpayers to follow in his footsteps, and withhold millions of dollars of owed federal income tax on principle. This is not a path that most responsible tax attorneys would advise, and could very well lead a taxpayer to the same place that Schiff ended up:prison.

If you’re facing burdensome tax debt, there are options to help you get out of debt that are far less extreme than declaring zero income or deciding that federal income tax simply should not exist. An experienced lawyer can help determine if bankruptcy, debt settlement, an Offer in Compromise or another option may give you a fresh start and a chance at finding relief from your tax obligation.