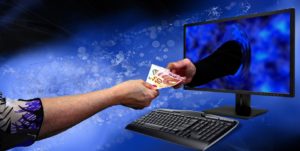 With tax-time here, a taxpayer should heighten defenses against Identity theft by being extra careful with ID cards and other identifying information. The biggest tax scam reported by the IRS is ID theft at tax time. This occurs in Nevada as well as all other states. The goal of the crooks who commit this offense is usually to collect the tax refund that the taxpayer was expecting.

Just as a person might lose a tax refund to an identity thief so too might a taxpayer owe the IRS money after the scam artist finishes his work. It could even be a case of a revenge filing in the taxpayer’s name by someone with a motive to inflict damage, such as a disgruntled former spouse or business enemy. These possible scams make it necessary for all taxpayers to be vigilant over their social security numbers and other identification material.

The best practice is never to respond to any online request for the numbers in one’s social security card. Reputable companies will ask at most for the last four digits. It’s reported that the tax refund theft scheme has reached critical numbers and that they can strike anywhere. It begs the question what the IRS does to make sure that the right person has filed.

The IRS gives out pin numbers to some people for filing purposes but that’s only after a problem has occurred. With billions being paid by the IRS each year to the wrong persons, it seems that the agency should have issued pin numbers to all filers by this time. The pin could be used for electronic filers but also could be inserted in the written return for authenticity.

Nevada may be a state where IRS cheats abound a bit more than elsewhere. One thing to look out for is an early filing under the taxpayer’s name. The fraudulent thieves who play this game usually file in the earliest part of the season before most people file their returns. In any event, when this calamity hits a law-abiding taxpayer, he’ll be in for a long wait until the kinks are ironed out and the correct return is accepted and honored by the federal agency.