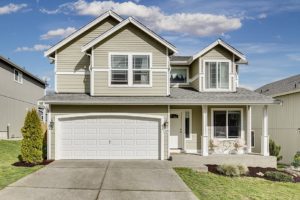 Both here in Nevada and elsewhere, it’s difficult to know in advance when the IRS will file a tax lien against a taxpayer and his or her property. The head of a major state agency in another state can attest to that fact. He reports that he was paying on a tax installment agreement with the agency, and was therefore surprised to learn that an IRS tax lien had been filed against him and his wife.

The lien was entered recently in the county court house where the couple reside. It was for $251,187.77. It was reportedly based on the taxes owed from the sale of a construction company in 2012. According to the taxpayer, the original bill against the profits of the sale was more than $400,000. He claims to have been paying on it and had reduced it to the amount of the lien that the agency entered.

Generally, where a taxpayer is making good faith payments on time, it is not the usual practice for the agency to enter a federal tax lien, which can have devastating effects on some individuals and businesses. In this case, the taxpayer was the Secretary of the Department of Transportation in Kansas. When the lien was filed, he reports that he wrote a check to the IRS for the full amount of the lien. With full payment in hand, the IRS will take immediate steps to mark the lien “satisfied” in the public records.

If an IRS tax lien remains on the public dockets in Nevada or another state, however, it can severely restrict the individual or the business from conducting normal financial operations and may prevent the obtaining of business or personal credit. From the agency’s perspective, the lien protects the agency from the taxpayer selling his real estate and spending the proceeds. In this case, the state official and his wife owned a home in that county worth more than the amount of the lien. By filing the lien, the IRS guaranteed that the real estate could not be sold without the lien being first paid off.