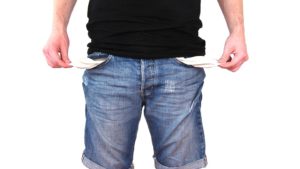 A U.S. Tax Court decision in 2011 held that the IRS cannot issue levies on economically vulnerable taxpayers who are in hardship conditions, even if they haven’t filed recently. The U.S. Office of the Taxpayer Advocate has essentially counseled the IRS with the same message. Despite those public declarations, the IRS continues to levy on Americans living in Nevada and every other state who are suffering economic hardship and who are in the very lowest income brackets.

The IRS policy of ignoring these policy warnings and continuing to pressure those experiencing economic hardship has prompted one Congresswoman to introduce federal legislation that would codify court rulings and Taxpayer Advocate recommendations. The law would officially prevent the IRS from engaging in wage garnishments or the seizing of property of people with an income of less than $29,000 per year. The IRS categorizes that amount as being at the level of economic hardship.

The Congresswoman from New Jersey stated that if a person or family is making the amount that is legally recognized to be at the hardship level, that family is going to be needing every dollar to survive for such things as rent, mortgage, utilities, food, clothing and other necessities. She stated that the IRS policy of “recklessly recouping” the funds from these struggling families would likely be the last economic insult that they could possibly face. The bill would require the agency to act responsibly and to work with such families to arrange a feasible payment plan or similar reasonable method.

The IRS has made ubiquitous complaints in the last few years that it cannot engage in sufficient tax collection efforts due to continuing budget cuts. Nevertheless, the agency has not been deterred from targeting taxpayers here in Nevada and all other states who are the most vulnerable and will be the hardest pressed to comply. That policy demonstrates the need for agency reform, and for an investigation and evaluation of agency’s decision-making procedures.