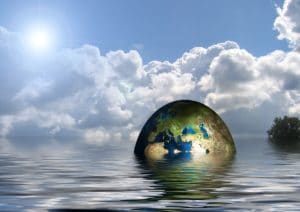 The IRS has unique problems with collections of taxes from Americans and American companies located overseas. Obviously, their sheer geographic distance from the United States may make them somewhat inaccessible to the IRS. Furthermore, the circumstances may not lend themselves to universally conscientious income-reporting by some individuals and businesses. Citizens in Nevada and other states often maintain close relationships with businesses and individuals in foreign locations but they generally have no legal obligation to pay the foreign entity’s taxes.

The historical difficulties in collecting taxes that may be due from taxpayers in foreign lands led to the Foreign Account Tax Compliance Act (FATCA), which became law in 2010. It basically requires banks and other financial or investment firms to report accounts valuing more than $50,000. The goal of the IRS is to collect $7.6 billion more in revenue in the next 10 years.

Due to the exposure to the long arm of the American tax collection system and the enormous amount of paperwork required, many overseas wealth mangers are rejecting American customers. And, there is a substantial increase in expats renouncing their U.S. Citizenship. One problem is that the law doesn’t specify clearly who qualifies for taxation under the law — it’s clear that U.S. Citizens are covered, but scores of green-card holders and others are in a twilight zone of confusion and misunderstanding.

As the IRS moves forward with the prospects of enforcing FATCA, the debate over its potential negative impact continues. The IRS Taxpayer’s Advocate has expressed severe doubts about the applicability and potential abuse of the law. She fears that due process rights of taxpayers may be trampled on in the process of enforcing this statute, which is arguably at least partially ambiguous in certain respects. Taxpayers in Nevada and other states need not fear the law in any direct way, but its impact upon business, personal and family connections overseas may become substantial.