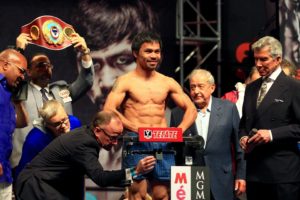 It’s most always better to deal with the IRS then to try to avoid the problem. It’s when the IRS receives no responses to its initial battery of bills and notifications, that it usually escalates its approach. Ironically, during that long first phase of collections, it’s reportedly extremely difficult to establish personal contact with an agent to discuss an agreement. Under procedural patterns similar in Nevada and other states, the visit from a collections agent usually comes much later, when it may be too late to obtain favored terms.

If the IRS agrees that a taxpayer is experiencing a true hardship, it may temporarily suspend collections but interest and penalties continue to accrue. The agency may also file a federal tax lien to protect its interests and to prevent the taxpayer’s disposal of any owned real estate. The agency may also use tax levies to make wage garnishments, freeze bank accounts and deplete them, and take a percentage of government benefits such as Social Security retirement payments. Challenging such procedures by litigation is generally limited, but may be possible under the assistance of experienced tax counsel.

Given those procedures, the IRS recently decided to protect its $18.3 million back taxes claim against world champion boxer Manny Pacquiao of the Philippines by filing a tax lien against him. He allegedly owes taxes on fights occurring here from 2006 through 2010. With the tax lien now in place, the agency’s claim is protected against disposal of real estate Pacquiao may own here. The agency will also likely stand ready with tax levies to seize any liquid funds he handles.

Whether the taxpayer resides here in Nevada or elsewhere, it’s best to make early contact with the IRS. Apparently, neither Pacquiao nor his local representatives did that. Strangely, the fighter’s manager states that it has meticulously been withholding taxes for the IRS and apparently sending them in when due. Pacquiao confirmed that he believed that was being done. That discrepancy doesn’t ring true, and leaves at least one mystery to solve before the matter is fully ended.